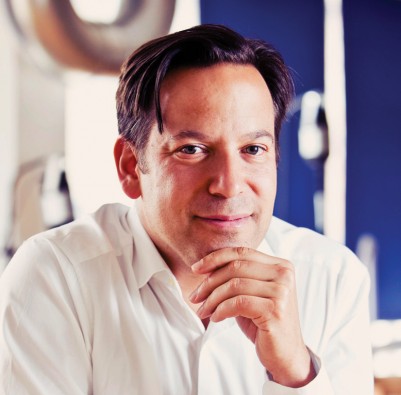 Jason Holt always wanted to run his own company and started to hone his entrepreneurial skills at an early age. Having worked out that baking horse chestnuts in the oven toughened up the shells, he spotted a business opportunity, flogging ‘unbreakable’ conkers to classmates at Highgate School, in north London.

He later funded a gap year selling ice cream on a beach in the Canary Islands and importing boxer shorts – which had yet to take off in Spain at the time – and selling them on to Spanish retailers.

It was a lucrative venture that came to an abrupt end when his business partner dumped him after working out he could make more money trading alone. Having learned his first tough lesson in business, Holt returned to the UK to start a degree in geography at Leeds University.

A law conversion course followed and Holt spent the three years working as an insolvency litigator for a City law firm “on a good day, winding up a company, making a man bankrupt or evicting someone from their home”.

I sensed ministers were looking for something much more radical”

While it was a depressing at times, he admits he was fascinated by the reasons companies failed. “I made it my business to ask them [the insolvency practitioners] why they thought it [the company] had failed…95 per cent of the time it was because of the business owner or managing director not being there physically or taking their eye off the ball as opposed to being someone who just wasn’t good at their job,” he says.

But the job began to take its toll. “If you do that, day in, day out, you start to get very cynical about life,” he says. “Not only are you upsetting the business owners…your client isn’t happy because they are spending good money after bad to recover debt owed to them – so no one was happy to see me.”

The turning point came when his housemate – also a solicitor – was involved in a case where the person she had evicted from his home killed himself. “I could see how upset she was and I thought ‘that could be me one day’,” says Holt.

I sensed ministers were looking for something much more radical”

When his father asked him to join the family jewellery business in 1999, Holt decided to jump ship. “It was a big decision because there was a [legal] partnership in front of me, which is an extremely cushy number – albeit that you have to work extremely hard – whereas in business, you are at the mercy of whatever is thrown at you and you are much more exposed,” he says.

And as the boss’s son, he was acutely aware that he couldn’t just walk in and take over. “It would have been wrong to say to the staff, who had been there for so many years. ‘Here’s Jason, now he’s in charge.’ I didn’t know anything about jewellery or gemstones…who was I to say anything?” he says.

Holt spent the first few months observing and while he could see that Holts Gems – which had been in the family for 50 years – was a “solid business,” he had broader concerns about the future of the jewellery sector. “I remember seeing a report that said that future of the industry was on its knees, and without some serious training to bring in new blood, more and more products would be manufactured abroad,” says Holt.

As it happened, there were government regeneration grants galore at the time and Holt applied for a £25,000 to set up a school to teach gem-cutting – one of the main functions of the business at the time – free-of-charge to others in the trade. Industry colleagues were sceptical at the time, arguing that sharing his staff’s skills and expertise could put the company out of business.

Ten years on, the training school – or Holts Academy as it is now known– has more than 1,000 students working towards level two and level three courses in everything from jewellery to business enterprise and is currently the only government accredited apprenticeship and vocational provider in the industry.

As a not-for-profit part of the business, the Holts Academy is “in a sense, a social enterprise,” which aims to help others and the jewellery industry as a whole, says Holt. “I think people have realised that, by sharing and collaborating, you are more likely to get a positive outcome for the sector than if you naval-gaze.”

Despite his achievements as an SME owner – Holts has grown from eight to 80 staff over the last decade – being asked to carry out a government review came as a shock.

He recalls: “The week they asked me, my wife and I went to Milan for our wedding anniversary and I probably bored the pants off her about it. We talked about it non-stop and agreed it was a great opportunity, a real honour…”

But the project, sold to him as “two-and-a-half days a week for a couple of months” (pro bono) quickly turned into “five days a week for five months.” And while the initial findings of his report – that employers are largely “clueless” about what apprentices are, how they are trained and how to hire them – came as no surprise to many in the sector, Holt says he sensed ministers were looking for something “much more radical,” particularly education minister Michael Gove, who questioned the need for training providers in the delivery of apprenticeships in SMEs.

“We had this whole discussion and I was like: ‘In an ideal world, we wouldn’t need providers, but if I asked an employer to take on an apprentice now, they wouldn’t know what to do.’

While Holt doesn’t regret his decision to take on the review, he admits he is disappointed with parts of the government response to his report, particularly the reluctance to get schools involved in educating young people about apprenticeships and vocational careers.

Under new guidelines introduced this month, schools now have a statutory requirement to provide careers advice and guidance in schools, but like many in the sector, Holt is concerned about what this will mean in practice.

“From what I understand, this could be as little or as much as a person pointing young people to the National Careers Advice website…call me old-fashioned, but that to me isn’t careers advice.”

He also feels let down by the government’s “flat refusal” to rationalise on pre-apprenticeships – something he feels many young people would benefit from as part of their preparation for the workplace.

“I think there is an issue with the supply of good candidates [for apprenticeships]. Colleges aren’t getting the quality of supply so they aren’t necessarily giving employers what they are looking for…but many colleges would argue that they are not paid to support an individual by getting them ready for employment.”

The Holt Review also highlighted the need to improve relationships between providers and employers. The National Apprentice Service could meet the needs of employers far more effectively by reducing the time it takes for vacancies to be approved and listed on the site (which can take up to a week at the moment).

He would also like to see a Trip Advisor-style website where employers could rate providers. “It’s a crude measure, but it’s how we look at things now…and why can’t we be consumers? Actually, I don’t see why it couldn’t fall to the private sector, which does it so elegantly. If you look at something like Hot Courses [which provides online information on school, college and university courses], it’s fantastic – they could do it with their eyes closed.”

While he admits he is still getting used to having a major government review named after him, Holt says there is still plenty to do.

He has agreed to be involved in a working group that will oversee the implementation of the review and has various meetings lined up with civil servants over the coming months.

“At the end of the day, the review is just a document that sits on the BIS website. But to be part of something that is changing so rapidly and is so positive for learners, communities and industry…it’s great and I feel privileged to be part of that,” says Holt.