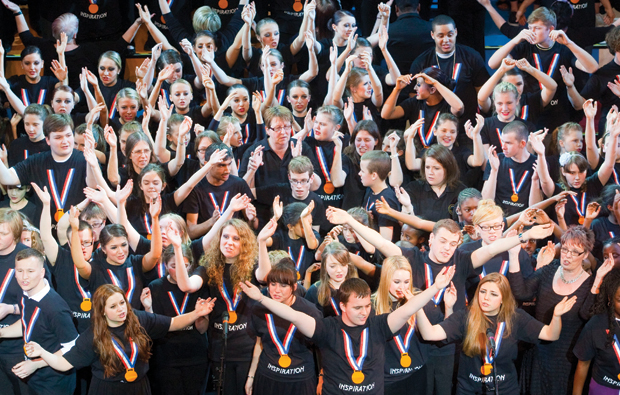 Performers from the Havering College’s Olympic-themed show Inspiration entertained thousands of spectators as they relaxed between Paralympic events.

A group of 50 young people from the college and other learning partners staged a mini-version of their show on the Olympic Bandstand.

Inspiration is a music, dance, and performance art spectacular themed around the Olympics and Paralympics. It was first performed at at the London Palladium earlier this year as part of the official Cultural Olympiad.

Director Peter Dayson, who lectures in music at the college, said:

“To be invited to perform on the Olympic Bandstand is a once-in-a- lifetime experience for these young people. It was a spectacular looking stage and everyone was incredibly excited.

“Another group of our students recently performed for spectators attending the showjumping events in Greenwich Park. It was a great honour to be invited to be part of the entertainment for the Games.”