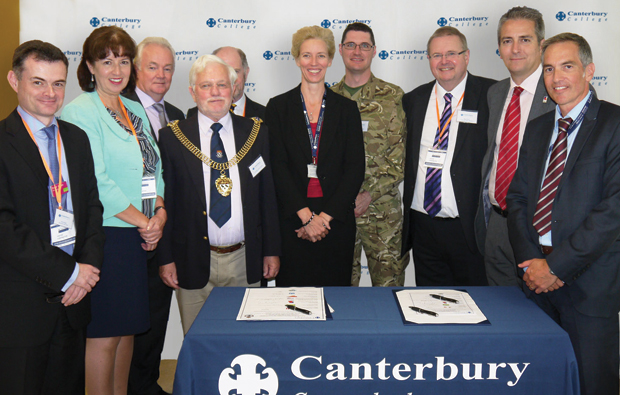 Canterbury College celebrated 65 years with some of its first students returning for a special anniversary open day.

The afternoon began with a commemorative cake cutting led by two former students – the Lord Mayor of Canterbury, Cllr Robert Waters, and long-serving governor Anne-Marie Nelson. Visitors then toured the campus where they saw an exhibition of college life from 1947 to 2012. The food hall stepped back in time to deliver 1940s cuisine that included spam hash, corned beef fritters and Lord Woolton pie.

In the opening welcome speech, principal Alison Clarke said: “Canterbury College has changed immeasurably during its lifetime but has always been at the heart of the city and offering its services to the whole of East Kent.

“It has grown from a few hundred students and a handful of courses to a large institution with about 10,000 learners and more than 500 subjects. So many people have benefited from their time here, including myself and several of the college’s own team.”