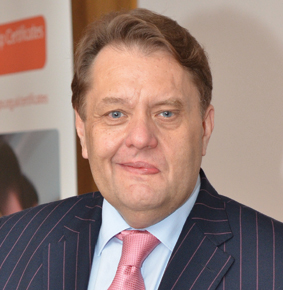 The former minister of FE is variously described, with good humour, as a maverick, a poet, a crusader, and an arts and crafts revivalist. His public speeches are filled with references to William Morris, Shelley and the Romantic age of guilds and chivalry.

Even his most ardent opponents call John Hayes “friendly”, “likeable” and, most of all, “loyal”. Not since Lord Boswell was further and higher education minister in the 1990s has any minister covering this sector attracted such widespread accolades.

One reason is clear – Hayes had an uphill battle with colleagues and Cabinet to secure extra adult and community learning (ACL) funds and other gains, little though these were amid the 25 per cent austerity cuts. Again, there are parallels with Boswell, who championed the cause while opponents commiserated with him for what they saw as the failure of the 2001 Tory manifesto to even mention further education.

Come 2010 and the Coalition Government, FE was firmly on the Tory map, thanks in no small part to Hayes’ dogged persistence during five years as shadow minister. So, as he moves on in Cameron’s reshuffle to a senior energy post, what is his legacy? And what will his successor, Matthew Hancock, senior economic adviser allied to George Osborne do with it?

His gusto, inimitable style and personal warmth came through”

Comments to FE Week on his departure do not all go Hayes’ way. But when criticisms are made, they are levelled more at wider policy influences. Even Gordon Marsden, Shadow Minister for FE and skills, says: “His gusto, inimitable style and personal warmth came through in his shining commitment to his portfolio. His successor will find him a tough act to follow.”

Martin Doel, chief executive of the Association of Colleges, describes him as “a passionate and effective advocate for FE” who supported community learning for its own sake and in support of local people. He did so “in a way that bean counters have great difficulties getting their heads around”.

Most of all, says Doel: “Hayes is man who listens to reason. When apprenticeships were criticised, he made a sensible mid-course adjustment to quality; he was open-minded enough to listen and make changes to adult entitlements and ESOL funding, and to FE loans.”

An enormous and as yet unrealised part of Hayes’ legacy, he says, is institutional autonomy and the proposed FE Guild. “The guild represents the reincorporation of colleges, but with a significant culture change away from their being directed bodies to becoming institutions that take charge of their own futures. That’s got to be a three-year journey if you really want to achieve.”

Doel could not comment on where he thought Hayes’ successor would take this – and the jury is still out. Hancock is described by Doel as “sharp, ambitious and bright”. The new FE man is co-author of the book Masters of Nothing, which looks at human factors behind the financial crash. If he takes the same dim view of deregulation in FE as he has in banking, then the guild’s future is not bright.

Hancock is not a minister, but a joint Parliamentary Under Secretary. Virtually everyone who spoke to FE Week regretted that this was a “demoted title”. But then, personally close to Osborne, Hancock is in the circle of Notting Hill dinner party invitees, where Hayes – though undoubtedly a big hitter – was not.

For the Association of Employment and Learning Providers (AELP), the single biggest success of Hayes is around apprenticeships. Graham Hoyle, association chief executive, said: “John’s strong championing of high quality apprenticeships as the flagship skills programme has served both the sector and the economy very well during challenging times. The biggest tribute I can pay is that the economic pay-off from his legacy will still be felt in years to come.”

Not all was plain sailing for apprenticeships, as unacceptably short schemes, inadequate training, misuse of funds were revealed by FE Week. And, while there’s general agreement that Hayes’ intervention improved apprenticeships considerably, many commentators questioned their role, in criticisms best summed up by Mick Fletcher, FE consultant with the Policy Consortium and FE Week columnist.

“We liked Hayes because he shared our enthusiasm for FE traditions, but this didn’t always work to our advantage,” he says. “For example, policy on apprenticeships seemed to be driven as much by nostalgia and sentiment as rational analysis.

What will happen to the FE Guild now that John has gone?”

A more hard-nosed approach might challenge the assertion that apprenticeships are the answer to youth unemployment – and ask what on earth they have to do with 55-year-old Morrison’s shelf stackers.”

Fletcher also speaks for many non-employer organisations in challenging Hayes’ notion of the guild. “The noble vision of an FE Guild magically raising the status and quality of FE conveniently obscures real contradictions and tensions that will inevitably render the thing unviable,” he adds. “For example, it’s hard to reconcile notions of the individual professional (or master craftsperson) with employer ownership.”

But then, supporters of the guild warn of such weaknesses, exposing a contradiction between Hayes’ “legacy” and wider Tory or Coalition policy. Doel makes the point that initiatives such as the employer ownership programme and influence of LEPs, “while not wrong individually, take away autonomy”.

Likewise, Lynne Sedgmore, executive director of the 157 Group, asks: “What will happen to the FE Guild now that John has gone?” She is right to be sceptical since a succession of institutions – FEDA CEL, QIA, IfL, LSIS, to name but a few – created by ministers to be “run and owned by the sector” have emerged since the 1990s.

Sedgmore speaks of a Hayes legacy “which has had many positive impacts for FE”, including his focus on high quality teaching and learning.

But, she adds: “His time has not been without challenge for the sector – attacks on skills funding from all quarters have been ongoing and the reality of greater freedom has seen some mixed messages about the capacity of sector leadership. And FE loans, as well as the focus on employer ownership, pose additional challenges for FE leaders to overcome.”

Hayes was never afraid to go against the grain of mainstream Coalition policy if he felt it suited FE, as with his decision to retain mandatory training for qualified teacher status, while Michael Gove, Secretary of State for Education, was abolishing the requirement in academies.

Toni Fazaeli, chief executive of the IfL (Institute for Learning), says: “We pay particular tribute to Mr Hayes’ work in supporting our campaign to ensure members with Qualified Teacher Learning and Skills status are recognised as equal to those with Qualified Teacher Status for teaching in schools as well as in further education.”

The point of his intervention was that it should be the FE sector itself that decides training needs in light of the current Lingfield inquiry into professionalism. The big hope among most people commenting on his departure is that Hancock will continue the same tradition – but no one is holding their breath.