On August 15 an 18-year-old near you will take a leap in the dark – they will be one of the 50,000 or so students whose A-level results were not good enough to get into their first or second choice university. I want to examine just how dangerous this leap is.

I am of course talking about the UCAS clearing system, that undignified scramble where unfilled (and unwanted?)  places are offered out like supermarket items that have passed  their sell-by date.

Let’s be brutally frank. With few exceptions, what we have are young people who have not achieved their predicted results chasing unfilled places at universities and courses that simply haven’t attracted first rate candidates.  One admissions tutor stated frankly that what we have are “second rate candidates chasing second rate places!” The consequence of this harsh truth is that young people end up on courses they aren’t suited to at places they don’t want to be.  And all of this decision making is concentrated into the hours after the results hit the door mat.  “It’s all over by lunchtime” said one admissions tutor.  This explains why, during the 15 years I taught sixth formers, I kept them well away from clearing.

I discussed this with an admissions tutor from one of our largest and oldest metropolitan universities. They described clearing as an “undignified bunfight” and called for a “more measured approach”.  The vacancies that this university has are few, and invariably not in mainstream subjects, and the entry requirements remain very high.  These are not second rate opportunities, but they remain choices made in extreme haste – by lunchtime! A member of the admissions team at the LSE confirmed that they hadn’t been in clearing since at least 2004, and quite probably some time before that. So it looks pretty clear that places in clearing at our most prestigious universities are very thin on the ground.

I would like to see real hard data on the outcomes for those who have used clearing – year one drop-out rates, degree quality, employment destinations and salary levels.

I then turned to UCAS to see what their experience was.  Unsurprisingly for an organisation that still clings to the discredited and outdated process of applications supported by predicted grades rather than post A-level applications, data on the success of the clearing process is well buried. I asked their data team for non-continuation rates of students who enter university through clearing and the information is not available. So as a last resort, I called some universities who I suspected had a higher number of applicants through clearing, and asked the same question about drop-out rates from clearing applicants.  They proved surprisingly reluctant to discuss this.  I wonder why!

Now let’s look at the subjects that proved popular in clearing.  Top of the pile was Business and Management Studies with a huge 8,179 clearing places. Social sciences attracted 4,336 candidates through clearing and Engineering attracted 3,200 candidates. How many of these places were at Oxbridge, the LSE, Manchester, Imperial – those flagships of international excellence? Not one I wager.  Another interesting popular beneficiary of clearing was Computer Sciences – 3,800 candidates for a subject that has the highest level of graduate unemployment after six months, and where the industry preference is for direct training, often through apprenticeships, according to a Microsoft spokesperson.

Who is advising these young people in this narrow window of ‘opportunity’?  Is anyone around to tell them that entry to these sectors is better served by undertaking an apprenticeship, with companies crying out for good A-level candidates, and that the new higher level apprenticeship programme offers a fully employed debt free pathway to career fulfilment.

I would like to see real hard data on the outcomes for those who have used clearing – year one drop-out rates, degree quality, employment destinations and salary levels.

Until someone convinces me otherwise, my advice is simple. Steer clear, and don’t be beguiled by the advertising and promoting of clearing by, among others, the Daily Telegraph and The Independent. 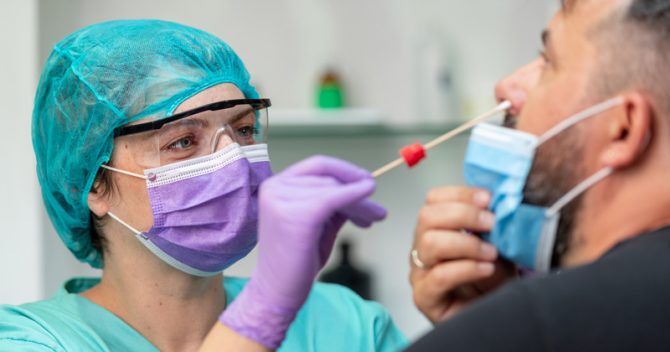