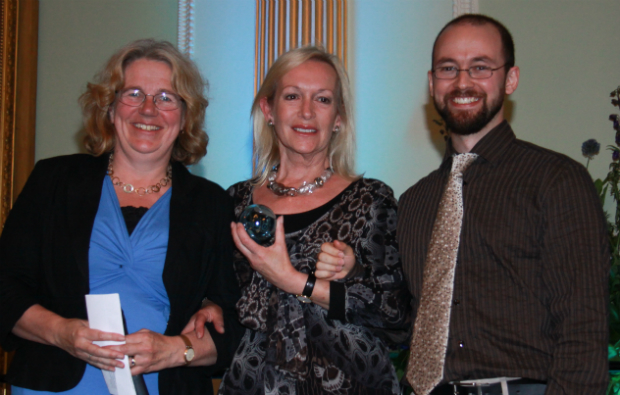 A star stonemason and a top female refrigeration engineer were among the students praised at City of Bath College’s annual Celebrating Success Awards.

Students studying a range of different courses attended the ceremony, held at Bath Guildhall, before being presented with awards and certificates in recognition of their hard work and achievements.

Mr Flintham has studied Stonemasonry, Stone Carving and Architectural Stone Conservation, working on the award-winning conservation scheme at Tyntesfield and the restoration project at Woodchester Mansion.

“I was very grateful to receive the award for Stonemasonry Student of the Year and for all of the opportunities presented to me by my tutors and the College,” he said.

“It’s great for students to have their work recognised in this way.”

Emma was praised by her tutors for consistently being one of the course’s top learners and for holding her own in a predominantly male environment.

“I was ecstatic to receive the Celebrating Success award and it was great to get that recognition,” she said.

“Refrigeration and Air Conditioning is a predominantly male environment but I’ve always been made to feel very welcome and part of the group.

“My message to any women looking to start in the industry would be to go for it and not be afraid.  You may feel you have to work a bit harder to really make your mark, but it’s so worthwhile.”