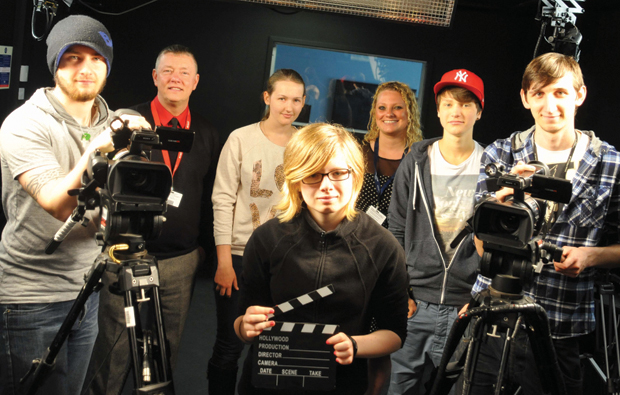 Budding film-makers at Middlesbrough College have broken the golden rule of showbiz never to work with children or animals.

St Peters School in South Bank commissioned creative media production students at the College to make an introductory film based on the school’s “Little Book of Worries”.

The book identifies the children’s biggest worries about starting secondary school, such as getting lost, and reassures them that these things won’t happen to them at St Peter’s School.

All the “worries” are presented by two children at the school and are filmed in black and white, with the “reality” of the situation then shown in colour.

Amy Glanville, the teacher at St Peters who commissioned the film, said: “The Middlesbrough team worked tirelessly on the project, with a level of professionalism that can only be described as impressive.”