The Skills Funding Agency (SFA) has announced the rates for functional skills in the new streamlined funding system for adult learning.

English and maths qualifications will be funded at a base rate of £336, equivalent to 5-12 credits in the government’s new “learning aim rates matrix”. But a 1.3 Programme Weighting Factor will boost the amount for entry level maths to £437.

A spokesperson for the SFA told FE Week that the agency had worked closely with the FE sector to agree the rates, based on current data.

“The agency has made clear that in doing so, further work is needed to explore whether this data is representative of the delivery requirements for functional skills. We will be working with providers over the summer to assess whether we need to revisit this rate when setting the final funding level for 2013/14.”

The rates were set with the help of the Funding External Technical Advisory Group.

Chris McLean, vice principal of North Hertfordshire College and a member of the advisory group, told FE Week: “I think the sector will be happy with the rates set.  There is one pot of funding, which can be spent only once, and therefore it was imperative that the group developed a balanced system that provides a fair income for the activity delivered.”

However, Julian Gravatt, assistant chief executive of the Association of Colleges, told FE Week that it wasn’t a perfect outcome. “We would obviously like to see higher rates to enable colleges to provide more maths and English teaching, but it’s helpful that these rates are based mainly on existing funding levels – which will minimise disruption and allow teachers to focus on teaching.”

The new simplified funding system for adult skills will be introduced in the 2013/14 academic year, with shadow working available from September.

The original proposal for a simplified funding system had 30 cash totals in the “learning aim rates matrix”, including 10 for apprenticeships.

Revised proposals excluded apprenticeships, but the SFA now says that they will still be funded using the learning aim rates matrix, but boosted by an additional sum yet to be set.

As many of us suspected, simplifying FE funding is proving harder to achieve than BIS thought.”

A spokesperson said that the extra money would reflect the additional activity a provider had to undertake when delivering an apprenticeship.

“Due to detailed work needed to establish and validate the value for such an element, the funding group has recommended that details for this are released  once more work has been completed, and wider consultation has taken place with employer groups.”

The SFA said more details would be published later this summer once the extra funding had been tested and consulted on.

Mick Fletcher, a visiting research fellow at the Institute of Education and consultant, told FE Week: “As many of us suspected, simplifying FE funding is proving harder to achieve than BIS thought.

“Fortunately officials have not been afraid to take advice on some of the detail so the system is becoming more sensible as it becomes more complex.  Part of the difficulty is that instead of starting with the reality of FE and designing a funding system to fit it, the designers have started with a grand design built around the QCF and are struggling to force large parts of FE provision into it: hence the difficulty of accommodating apprenticeships, or basic skills.” 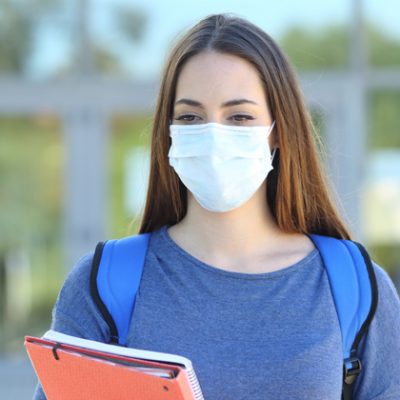 DfE confirms U-turn over masks in...