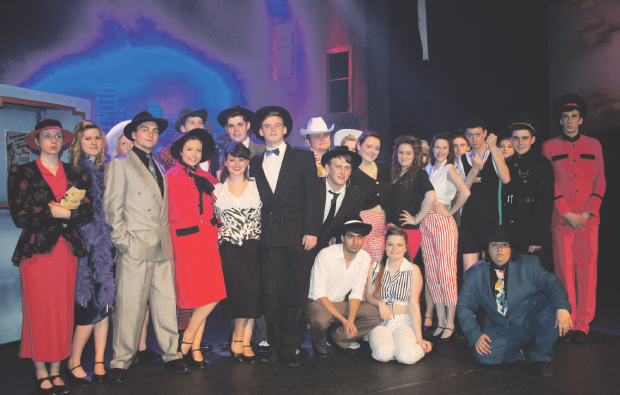 Guests found themselves caught up in a New York gambling racket as students from MidKent College rolled the dice on a special performance of Guys and Dolls.

Councillor Josie Iles, the deputy mayor of Medway, and her husband Steve were among those who attended the performing arts end-of-term show, which was preceded by a red carpet reception in the Medway campus pavilion.

Hospitality and catering students served drinks and canapés to the invited guests.

Myles Stinton, the performing arts lecturer, said he was proud of those who took part in the show.

“The students worked hard and lived up to the high expectations they set for themselves,” he said.

Mr Stinton – a former West End musical director – said he believed many of the students have what it takes to pursue a career in the industry.

“They have all shown the stamina required, it’s just whether they have the grit and determination to go forward.

“You never know who is going to make it because it’s a dog-eat-dog world out there, but they’ve certainly given themselves every chance to succeed.”