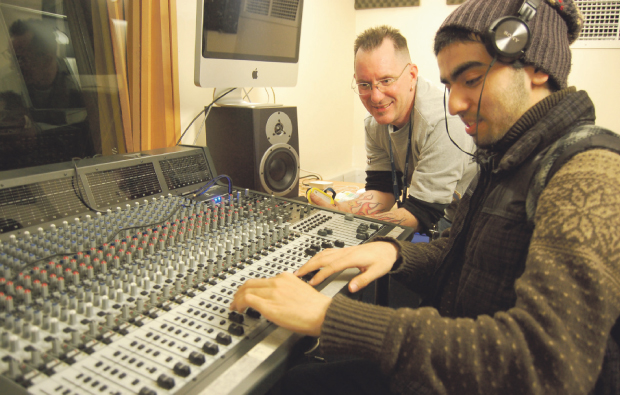 A former Kensington and Chelsea College music student has been snapped up by Adidas to produce a soundtrack for an international advertising campaign.

Kayvon Razavi was among a handful of music producers exclusively invited to pitch for the contract.

The talented 22-year-old was given a strict brief by the sportswear giant, tasking him with producing “something youthful, with attitude, a strutting pace and rhythm” to accompany their advert.

Kayvon, from Fulham said: “When I found out I had got the contract I felt quite numb – I don’t think it sank in until I saw the final advert with my music on it. I felt really proud at that point.”

His love of music developed at a young age whilst playing computer games. “As I grew up I became more aware of the sounds around me and realised I wanted to go into music production. I have dedicated myself to it ever since,” he said.

Speaking about his college course, Kayvon said: “The tutors are also fantastic and very well connected to the music industry. I learnt a lot from them.”

Since his success Kayvon has been asked to produce a soundtrack pitch for BlackBerry and Audi.