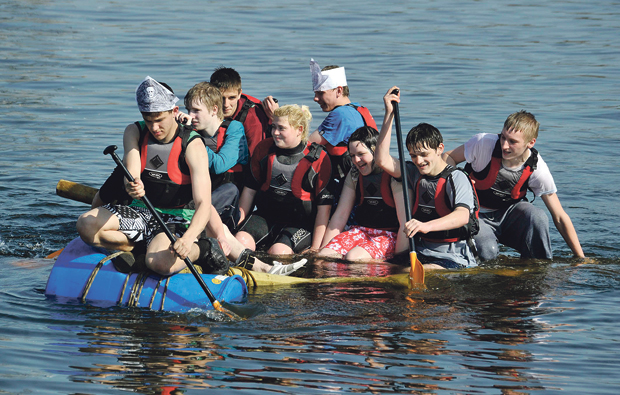 It’s been choppy waters for students at Doncaster College who have been trying to stay afloat on make-shift rafts on the town’s marina.

Pupils from the college’s sport and public services department were set the task of building an improvised raft with a limited amount of equipment in 30 minutes. Split into teams, they were given three barrels, three poles, one plank and seven ropes each. They had to research, build and test their rafts on the water before their time was up.

The aim of the activity was to help the students gain new skills in areas such as communication, problem solving and working as part of a team.

Lecturer Stewart Sanderson said: “It was a great experience for the learners and helped them with communication and team building skills.”