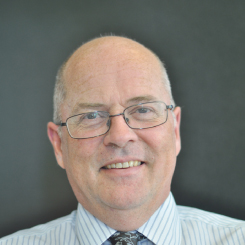 One of Rob Wye’s earliest memories is living through a typhoon in Hong Kong.

“We sat on a rolled-up carpet in the living room as the water just poured in through the windows as the water just rose on the floor,” he recalls. “We all thought we were going to die.” He was just six at the time.

But Wye has many fond memories of the Far East, where he spent the early part of his childhood –in Hong Kong, and later, in Singapore – due to his father’s job as an architect. He speaks warmly of “the street markets, the peat railway and the shouting and the smells,” of Hong Kong and of holidays in Malaya, where he saw “crocodiles, lizards and monkeys and all sorts of exciting things.”

The family returned to the UK, when Wye was 11, settling in Slough, where he attended the local grammar school and was, by his own admission, a bit of a swot who “liked to pick up O levels,” – so much so, he got 14, including Russian and Greek.

Towards the end of his law degree at Cambridge, Wye – now chief executive at LSIS – took advice from a university careers advisor, who suggested graduate entry to the civil service or the police. As he didn’t fancy “trampling the beat” for three years, he chose the former and was placed in the employment service, working on regional policy.

In what he describes as “a great first job,” he soon found himself advising ministers on funding, and counts one of his biggest achievements as persuading the government to inject additional cash into deprived coastal areas like Hastings and Margate.

After a brief stint in the Health and Safety Executive, Wye spent three years working for Kenneth Barnes, then permanent secretary of the Department of Employment before being redeployed – rather suddenly – to the Manpower Services Commission in Sheffield.

He recalls: “It was Christmas Eve in 1981, my wife had just had a baby and the head of the HR department came to see me and said, ‘If you want to get promoted, you’ll need to go to Sheffield.’ I said, ‘Alright then, when do I start?’ and he said, “January 2nd.’ So I had between Christmas Eve and New Year to get everything sorted to go up to Sheffield.”

As it turned out, it was one of the best moves he ever made. Wye loved Sheffield, which he describes as “one great big village” full of families who had moved up there with the civil service. And he enjoyed working at the MSC, where – amongst others things – he undertook a review of the skills sector. “It was a great organisation…one of those where you were given huge amounts of responsibility at a young age and told to just get on with things.”

When the MSC was abolished in 1988, he went back into the employment service, working first in training, where he says his job was about “making a nuisance of himself” by reminding the education department about the existence of vocational education and trying to persuade civil servants there “that actually they were training for employment as much as they were for higher education.”

In the latter days of the Conservative government, Wye was tasked with bringing business, industry and education together to resurrect apprenticeships. But persuading the Labour government that followed of their worth proved challenging.

The incoming Labour administration – because they hadn’t invented apprenticeships – were saying: ‘We don’t like these. We don’t think these are appropriate”

“We hit the election in 1997 and the incoming Labour administration – because they hadn’t invented apprenticeships – were saying: ‘We don’t like these. We don’t think these are appropriate.’ I managed to persuade ministers that actually, no, this is exactly what they talked about in their manifesto. So we managed to get them [apprenticeships] to become bipartisan, so I am very pleased that happened. It was a [political] football for such a long time but now you won’t find a party arguing against it. It’s brought up in every single speech now, isn’t it? You get Clegg, Cameron, Miliband, all talking about apprenticeships.”

After a three-year stint in central finance, Wye moved to the newly created Learning and Skills Council (LSC) in 2000, as regional director for Northampton. He was later promoted to a national role, as director of strategy and communications, working for Mark Haysom, who later stepped down from the chief executive role after the college’s rebuilding programme ran into difficulties. “It was an absolutely brilliant job because it put you at the centre of that enormous machine, effectively operating as Mark’s number 2 and helping to redesign the system, managing the politics with the department, and managing relationships with the press, which is something that was previously not allowed.”

But in a time when the LSC was under close press scrutiny, getting into the office early on a Friday to check the TES became a ritual, he says. And while there were many fallings out with the sector’s trade paper, there was also lots of making up – including one incident which led to a public apology from the TES, something he jokes made him feel “very proud” at the time.

When the LSC was dismantled in 2010, Wye applied for the job of one of the two newly created organisations – the Young Peoples’ Learning Agency (YPLA), but lost out to Peter Lauener (who he had worked with at the MSC), which he admits was “disappointing.”

Getting the top job at LSIS (which he had applied for twice before in its previous incarnation as the Quality Improvement Agency ) more than made up for that though.

“What appealed about the role was the chance to make a difference, both to learners and society as a whole.

“Everything we do has to be designed to have an impact on making the sector better,” he says.

“Why does that matter? Well, because the sector makes things better for individuals and for the economy. There is a much more immediate link between what we do and what happens out there.”

But there are big challenges ahead, he says, and not least for colleges who are currently adjusting to a brave new world of “a great deal more freedom at a time of a great deal less money,” says Wye.

And the introduction of FE Loans, which will mean some over 24s have to take out government loans to cover the cost of A-level equivalent courses, will forces colleges to think far more entrepreneurially, he says.

“Operating in a world where you have to persuade people to take a loan out in order to come and do a level 3 or level 4 course at college… that’s a very different proposition from what we have got at the moment and colleges will need to get into a very different mind-set.”

If there is one thing Wye hopes he has achieved in his 35 year career in the sector, it has been helping to put vocational learning on the map. But he is quick to point out that there is still a long way to go.

“Making a reality of this, so that full range of opportunities and offers are available for young people, along with the appropriate advice and guidance to help them make the right choices is what motivates me.

“If I can help in any way to make that a reality, so that by the time my grandchildren get to that age it is just a natural choice whether they pursue an academic or a vocational route – and they are of equal status and equal standing – that would be tremendous.”