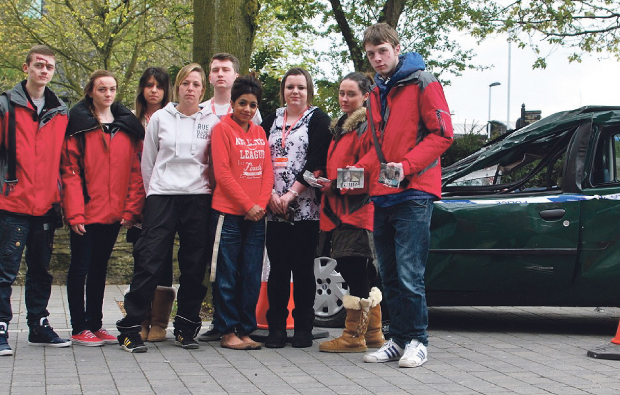 Blackburn College has joined forces with the council to highlight dangers of not wearing a seatbelt after a shocking new survey revealed 50 per cent of young people in the Borough admitted to not wearing one.

As part of the Your Life Your Call initiative, an innovative campaign highlighting the consequences of not wearing a seat belt, Blackburn College students had the opportunity to witness a car that had been in a crash supported by young actors, complete with realistic injuries, who were travelling in the car.

Barry Griffiths, head of learner services at Blackburn College, said: “It’s really important we educate our students about the dangers of driving and not wearing a seatbelt.”