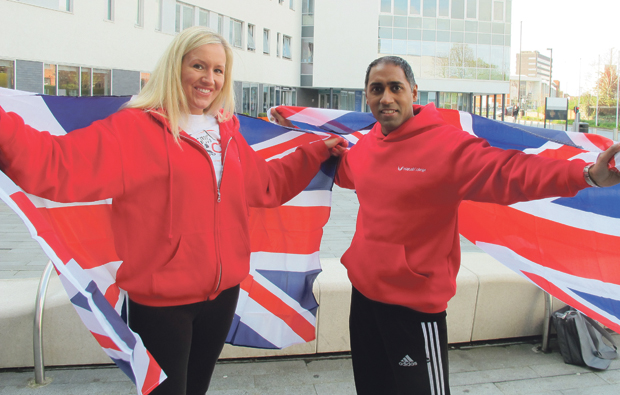 The duo will be flying the flag for the Black County when the torch relay travels through the region on June 30.

Walsall College NVQ assessor, Ravendar Kumar, who has been at the college for 10 years, was selected for being an inspiration to others through his work in education sector and will carry the flame trough Willenhall.

Kim Clark, Walsall College’s further education sports co-ordinator, who will carry the flame through Newtown, is one of 55 exceptional community sports leaders chosen as a torchbearer through Coca-Cola’s Future Flames campaign.

She said: “Over the last couple of years I’ve been promoting the games as a great opportunity for people to get active, so to be involved in the relay is a great honour.”

Ravendar added: “I’ve been a huge fan of the Olympics from a young age and I’m really excited that I’ve been chosen to play a small role in such a historic event.”