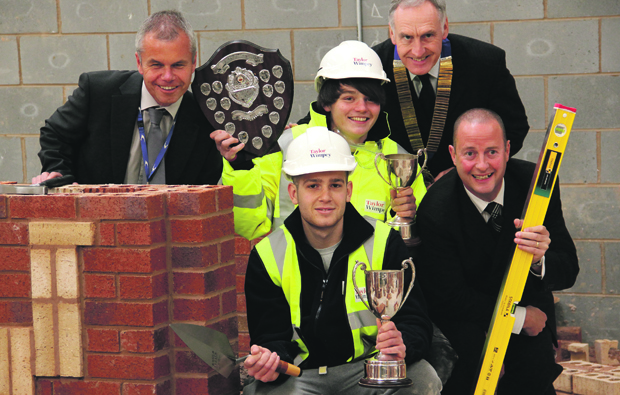 Stratford-upon-Avon College’s new Construction Academy was given a thorough workout when it hosted the regional heat of the Guild of Bricklayers Competition.

The £750,000 Academy, opened in February by MP Nadhim Zahawi, was the venue as young bricklayers from schools and colleges from across the West Midlands took part across three age categories with the winners of the Junior and Senior competitions going on to the national finals.

Stratford College’s own Kieran Nicholls won the schools competition while the Junior competition was won by Bryn Wilson-Harris of Bourneville College.

The Senior contest saw some intense competition with South Birmingham College student Jordan Brewster coming out with the top prize. James Garrett from Warwickshire College walked away with the coveted Derek Spencer Award for his outstanding effort during the event.