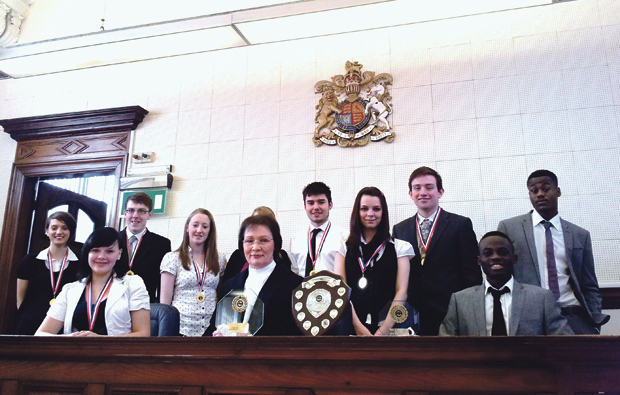 Students from Priestley College took part in a courtroom drama at Warrington Magistrates.

Ten students pitted their wits against representatives from Barrow Hall College in the Mock Trial Competition and took home the team trophy. Stephanie Lynch took home the individual award for her performance as a key prosecution witness.

Law tutor Karen Clement-Smith said: “To win the trophy was a big achievement and for a Priestley student to be awarded the best individual performance was the icing on the cake.”

The students practised their skills at college before being given positions in the courtroom for a case based on domestic violence. As the drama unfolded, the young people were able to put into practice their advocacy skills and their ability to face up to tough cross examination.

District Judge Knight praised Ashley Loftus who took on the role of the defendant, playing him as a distraught and misunderstood father.