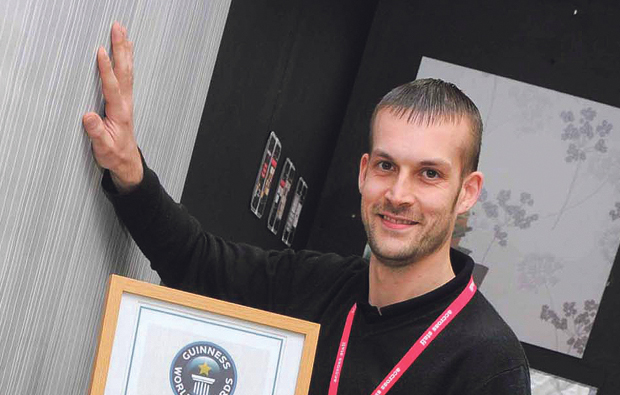 Phil Burgess and Simon Whitaker smashed the record for ‘the fastest team of two to hang three strips of wallpaper’ in a challenge organised by Dulux Decorator Centres and wallpaper manufacturer Graham & Brown.

The winning time of 1 minute 16.435 seconds was successfully set at the National Painting and Decorating show in Coventry in November, but, has this month received the official stamp of approval from Guinness World Records.

Mr Burgess said: “We are overjoyed that our record has been confirmed and grateful to both Dulux Decorator Centres and Graham & Brown for giving us this opportunity.

“The certificate recognises not only the speed in which we completed the challenge but also the high quality of the finish so it will certainly take pride of place at the college for all to see.”