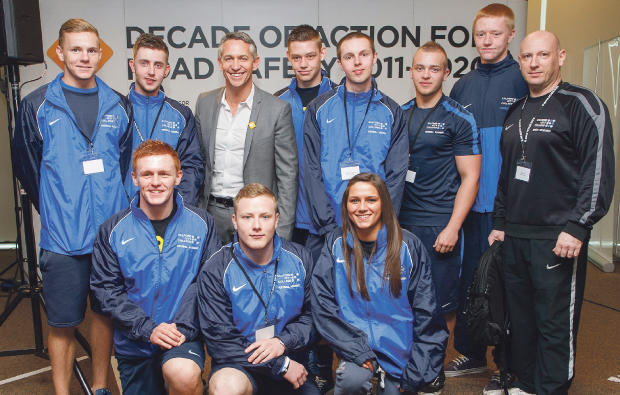 The BBC Match of the Day host was guest speaker at the Greater Manchester launch of Drive IQ – a programme to educate young people before they get behind the wheel, made up of ‘brain training modules’ that are often missed in traditional teaching methods.

Lineker said: “As a father with sons making their way out on the road, I want to be sure they’re as prepared as they can be, Drive IQ is a great starting point.”

Salford City College students were invited to participate in taster workshops which used the Drive IQ software. Student Jessica Martins said: “I think it’s a great idea to give young people more support before they begin driving; if it helps reduce the risk of accidents, it’s worth doing the programme.”

Sports development manager Phil Arbelo-Dolan said: “The students had a great time learning about the Drive IQ programme and were thrilled to meet one of their sporting heroes.”