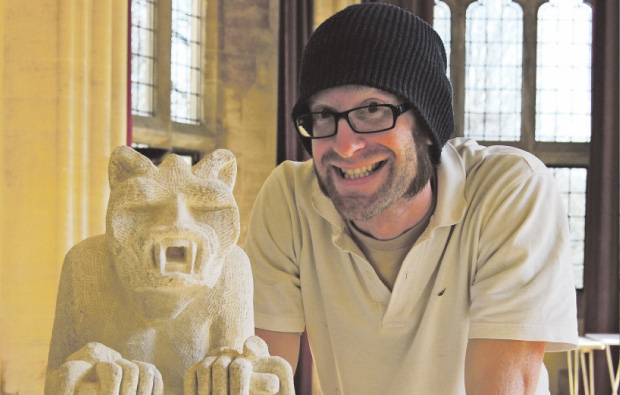 Trainee stonemasons from City of Bath College are continuing to play a key role in the restoration of Woodchester Mansion.

The most recent contributions to the long-term restoration project at the 19th century Victorian Gothic property are two Medieval-style grotesques.

One was carved for display inside the visitors’ area of the mansion so the public can view the old and the new side by side, while the other has been installed on the apex of the mansion.

The new carvings are ‘hunky punks’ – a term given to grotesque stone figures carved to ornament corners and break up straight sections of stonemasonry.

They were carved by stonemasonry students Sam Flintham and Phil Windley.

Sam said: “I was inspired to create the carving by a badly weathered monkey grotesque which was removed from the top of the west gable at Woodchester Mansion.”