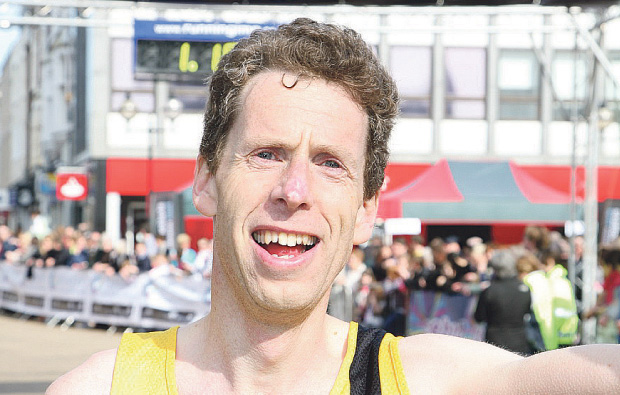 A sports tutor has notched up another success in his running career after finishing runner-up in the Stafford Half Marathon.

South Cheshire College lecturer Chris Hollinshead was roared on by supporters in his home town to cross the finish line in one hour, 14 minutes.

The 46-year-old won the event in 2006 but proved he still had the legs to fend off the challenge of some of the young guns who entered the race.

Chris is a member of the Stafford Harriers Running Club and has his sights set on the London marathon in April.

Chris said: “The course is quite undulating so it was tiring but I was very pleased to finish runner up.

“It was a great feeling because a lot of local people came out to support me which means a lot.”