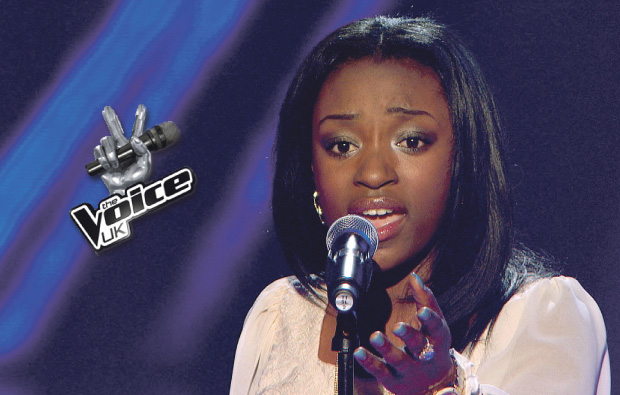 Excitement was at fever pitch at Kensington and Chelsea College after student Ruth-Ann St Luce impressed some of the biggest names in the music industry to secure her spot on BBC1’s prime time show ‘The Voice’.

Ruth was watched by more than 8 million people on Saturday night as she performed a moving rendition of Leona Lewis’s ‘Run’ to an all-star panel of Tom Jones, Jessie J, will.i.am and Danny O’Donoghue.

Unlike other talent shows the celebrity panel sit facing away from the acts and can only hear them. If the stars like what they hear, they have to hit their buzzer and turn their chair around – at which point they get to see the person.

Within moments of taking to the stage 18-year-old Ruth inspired global superstar, Jessie J to turn her chair.

Clearly moved by the teenager’s audition Jessie J said: “I couldn’t sing like that when I was that age. I am here to work on someone that I think could be phenomenal and I think she is definitely that.”

Now a firm contender in the fight to be crowned the UK’s next great voice, Ruth is getting ready for her once in a lifetime opportunity to be coached by Jessie J as she battles to win the show.

Ruth, who is studying for her Level 2 diploma in music, said: “I am just so overwhelmed right now…all my dreams are full of being a successful artist – I feel like it’s meant to be.”

Head of music at the college, Paul Hall said: “Ruth is a shining example of what can be achieved with the right attitude, dogged determination and a thirst to learn. She has an incredible talent and everyone at the college knows she has what it takes to go all the way.”