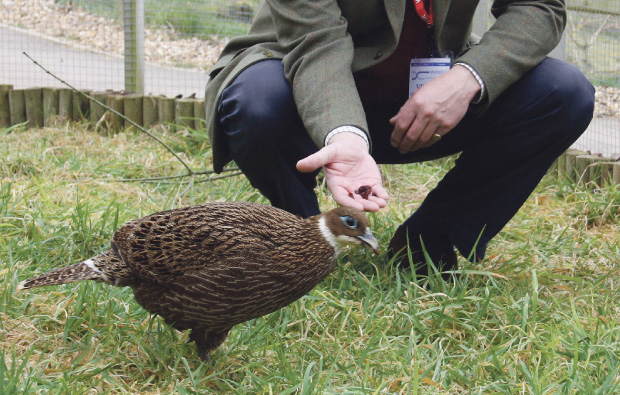 Sparsholt College Animal Management Centre has played host to a rather unusual re-union.

Amongst the college’s Pheasantry, the Himalayan Monal or Impeyan Monal Pheasants met Andrew Impey, the great, great, great, great grandson of Lady Mary Impey, who, in the 18th Century, the species was originally named after.

The big get together was the first time Andrew from Winchester had actually seen the bird which bears his family name.

At this time Lady Impey began keeping birds and wildlife in the garden of their mansion, commissioning drawings of her collection which actually include the earliest depictions of Indian species.

These drawings have been used by subsequent ornithologists to identify new species or new habitats for existing species.