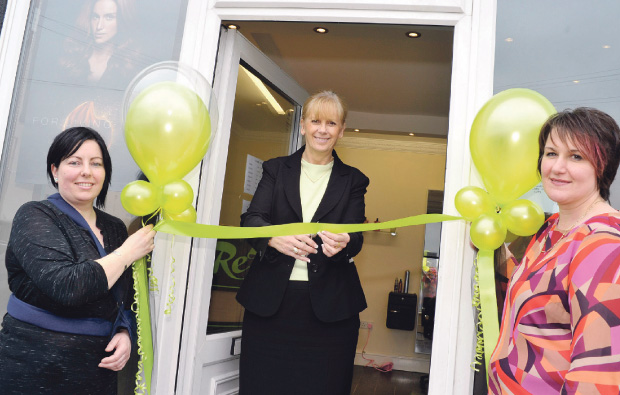 A hairdressing student at Doncaster College has opened her own salon.

Clair Neal is the proud owner of Refresh Hair Salon in Dunscroft and she has taken on five members of staff; four of whom are ex-students.

Clair began on a NVQ level 1 hairdressing course in 2009 and has progressed to Level 3.

While on Level 2, she picked up a student of the year award for her outstanding dedication, supporting her classmates and charity work.

She took advice from the Doncaster Chamber of Commerce on opening her own business and made a business plan and followed it through.

Her husband, Richard, worked really hard in helping Clair to get the salon ready in time, so Clair took the opportunity, at the opening, to thank him and renew her vows by proposing to him, 19 years after they first tied the knot.