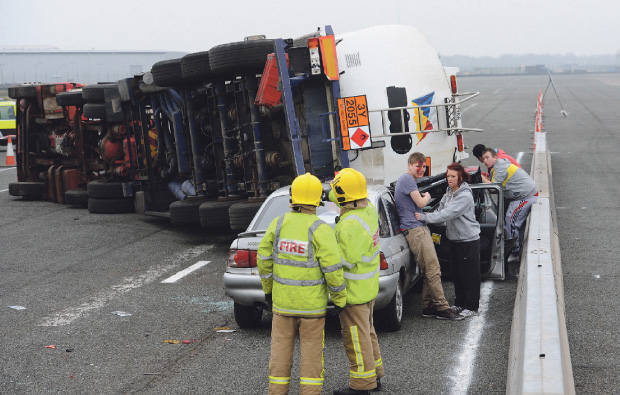 Students at a Blackburn College were given the opportunity to put the theory into practice during a mock-up of a major traffic collision.

FMG Support, the UK’s leading vehicle recovery resource, and the Highways Agency, hosted a Major Incident Day to provide the emergency services with a live practice of their emergency plans.

More than 40 Blackburn College students were invited to get involved as casualties and people trapped in the wreckage, complete with fake blood and injuries, as well as act as witnesses and members of the media.

Katie Rigby, Level 3 extended diploma in public services, said: “It was such an amazing experience.”

Darren Leen, from the Highways Agency and former Blackburn College Public Services tutor, added: “There is nothing of this scale and size in operation like this so it’s a unique exercise for the students and the spectators.”