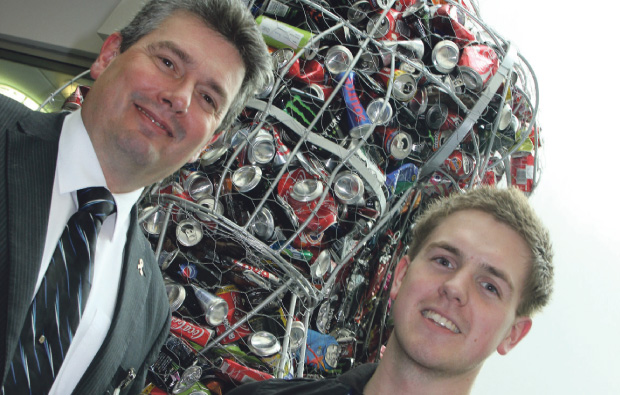 Students were encouraged to crush their empty drink cans and add them to a hollow statue of Greek mythological figure Icarus.

The 10ft, winged statue, provided by recycling charity Every Can Counts was situated in the college’s Cultural Café.

The aim was to fill it with in a week – an aim which was successfully accomplished.

Amy Daly, from Every Can Counts, said: “It’s the first time we have used Icarus in an environment other than music festivals. I’m very impressed the students have managed to fill it within a week.’

The incentive has proven to be a great success as the statue received a lot of attention and even got the seal of approval from visitiors.

Ben Fry, student liaison co-ordinator, said: “The event proved a great success and we were delighted to have filled Icarus by the end of the week.”