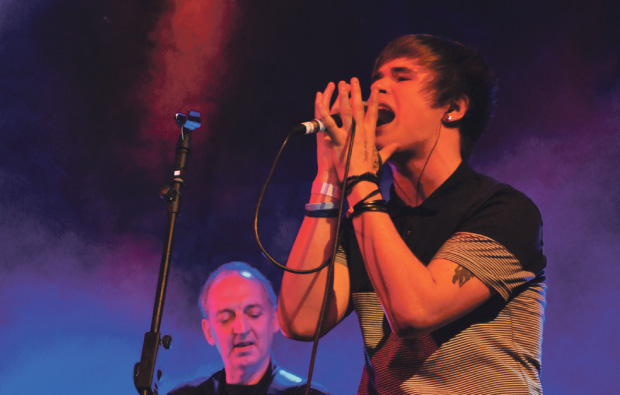 A South Birmingham College student performed live on stage with a supergroup of pop legends at a packed-out gig.

Alex Gibbs (20), from Sutton, sang Video Killed the Radio Star alongside Trevor Horn – the man who made the song a classic back in 1979 with The Buggles, and his new band.

The Producers stopped at South Birmingham College to talk to music students about music and how they can make a success in the business – of which they know plenty about having more than 200 hit songs between them.

The band performed a free gig at the college’s venue, the Crossing in Digbeth.

As well as playing their world famous hits such as the 10CC classic Not in Love and Tatu’s All the Things She Said produced by Trevor Horn, they played a selection of new material

Alex, who is studying HND in Popular Music Practice at the college, said: “I can’t believe I have had this opportunity. To be up on stage with people like this was an amazing experience and I loved every minute.”