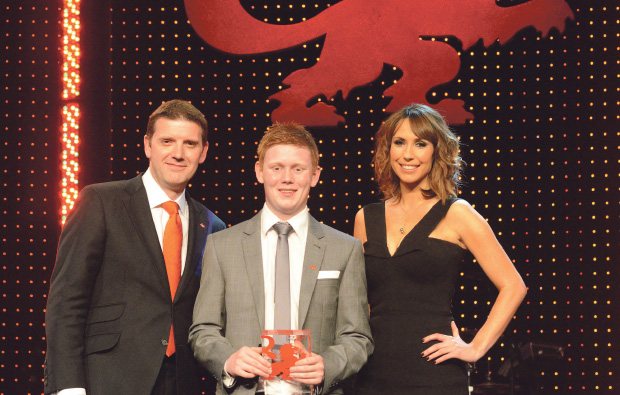 Some of the best students and tutors in further education (FE) were recognised by City & Guilds at the Lion Awards 2012 ceremony in London yesterday.

The glamorous red-carpet event, which included a formal dinner at the Camden Roundhouse, was the culmination of the annual City & Guilds Medals for Excellence programme.

The awards ceremony was hosted by Alex Jones, TV personality and star of The One Show and Strictly Come Dancing, and also included an after show party.

Alex Jones, speaking at the ceremony, said: “All the medals for excellence were considered for the categories we’re about to present.

“All of you are worthy winners but in some cases your journey, your determination to succeed and your ultimate achievement stood out for us as being worthy of further recognition in the form of a City & Guilds Lion Award.”

Chris Jones, CEO and director-general of City & Guilds, highlighted the record levels of youth unemployment during his opening speech, and said the ceremony should be used a chance to remember the aspirations of young people.

“We are seeing some of the most significant shifts to out economy and to education that many of us have seen in a lifetime,” Mr Jones said.

“Every time I pick up a newspaper I see the same sort of headlines.

“Youth unemployment is at a record high, with a well over a million young pople in the UK unemployed today.”

Mr Jones added: “It’s important to rememebr that behind the statistics there are real people, with real aspirations, and real potential.

“If anything reminds us of that, it will be the stories we hear tonight about our learners.”

McDonald’s was also recognised as the City & Guilds for business employer of the year, and North Lancashire Training Group received the recognition of centre excellence award.

Mr Jones said during the event that the FE sector would need to work together to provide more opportunities for young people.

“We need better careers advice and guidance,” he said.

City & Guilds also announced at the ceremony that they were the first premier sponsor for WorldSkills UK – The Skills Show, and would be supportting the annual competition over the next three years.