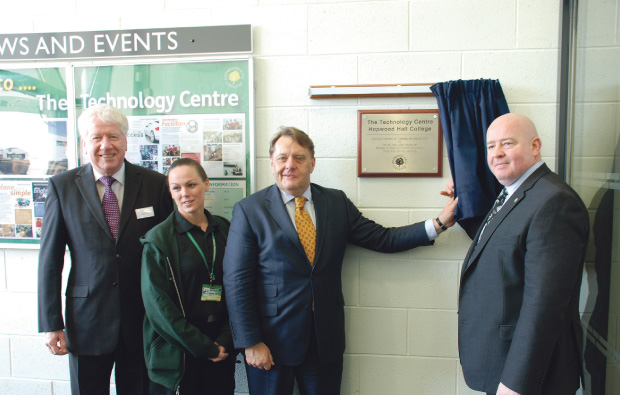 Hopwood Hall College got the green light for a new £7 million Technology Centre at their Middleton campus in 2010, funded partly by the YPLA and partly by bank loan.

Mr Hayes cut the ceremonial ribbon and unveiled a plaque on the new building.

During his visit, he was given a tour of the Centre by Principal Derek O’Toole and student Karen Harris from the College’s Student Leadership Team.

Mr Hayes said: “I am delighted to have been invited to open the new state-of-the-art Technology Centre at Hopwood Hall College which will inspire students to aim as high as they can.