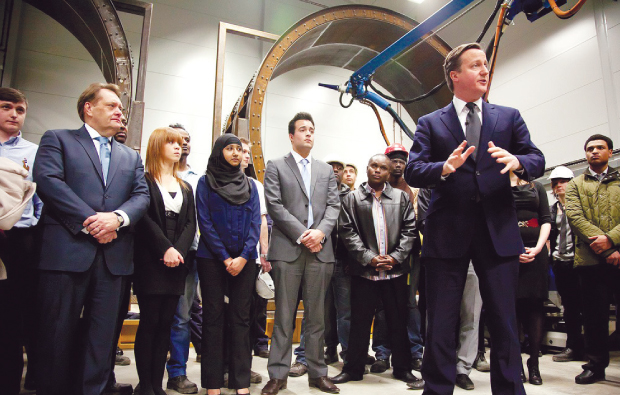 Fourteen apprentices from energy giants EDF, technology company e2v and the Cycle Systems Academy – all taking Level 2 courses through the college – were on hand as the Prime Minister announced a new round of government funding to support thousands of apprenticeships up to degree equivalent.

The event was held at Crossrail’s £13million Tunnelling and Underground Construction Academy (TUCA) in East London.

The Havering College students were accompanied by interim director of technology Stuart Woosnam who is responsible for the delivery of apprenticeships and bespoke training to some of the most successful technology companies in the region.

He said: “It was good to be invited to this event and it was a positive experience for the apprentices.

“They were eager at the prospect of meeting the Prime Minister and were very interested in what he had to say.”