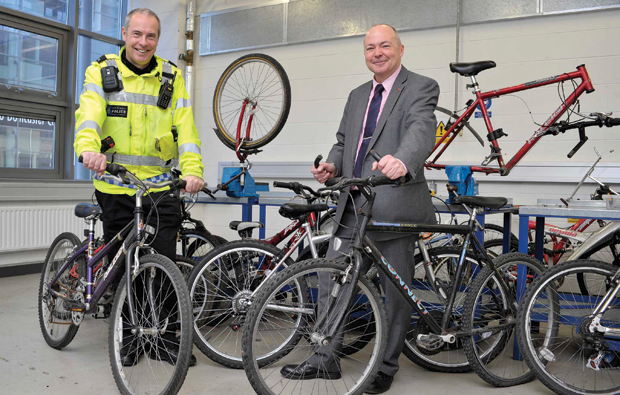 Doncaster College is working with South Yorkshire Police to get a new course up and running.

The qualification, which looks at the repair of bicycles, could not run at the college due to the lack of damaged bicycles they had, for the students to repair as part of the course.

To help, the force has agreed to provide the college with more than enough bikes to run the course, from their property store in Doncaster. PC Dave Chadwick, from the Urban Safer Neighbourhood Team (SNT), said: “So far we have donated 30 bikes to the college, which would otherwise be collecting dust in our property store.

“It’s an excellent partnership between the college and police and is really pleasing to be able to support young people to develop new skills.”

John Ellis, head of motor vehicle at the college said: “Even though they would go for auction I would imagine that they would get very little for them because of the state of repair which is needed with a lot of them, but at least now the students have got the advantage of being able to strip them down and see what’s worn and we can repair them.”