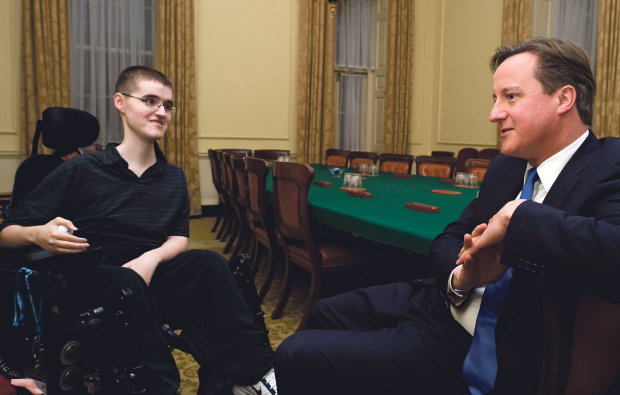 A South Cheshire College student was given a birthday treat to remember when he hooked up with the Prime Minister at Downing Street.

AS-Level student Ryan Worth was invited to meet David Cameron at ‘Number 10’ in a special one-off visit organised as a surprise present by his sister Natasha who joined him on the trip.

Ryan and Natasha both travelled down to the capital by train before taking a taxi to Downing Street where they were whisked through the famous black door for the VIP visit.

On arrival, the duo were greeted by Cameron’s Personal Secretary and Press Office Secretary.

Ryan and Natasha were then taken on a tour of some of the rooms including the Terracotta Room, Pillared Room (used when international agreements are being signed) and the state dining room.

Ryan and Natasha were then taken into the Cabinet Room where Ryan was able to have a one-to-one chat with David Cameron himself.

The 18-year-old quizzed the Prime Minister about why he decided to go into politics and also told Cameron that he thought people with disabilities were under-represented in parliament.

Ryan said: “It was a great opportunity to be able to meet such an important world leader, to talk through certain issues and convey my enthusiasm with regards to politics.”