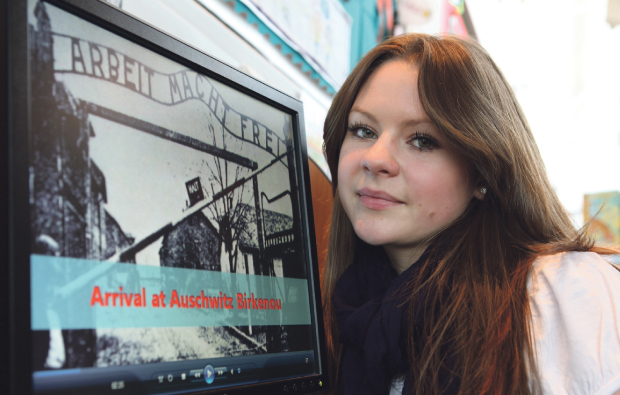 A Bolton College learner who visited Auschwitz as part of an annual national education trip has been inspired to make a documentary about the Holocaust.

Sophie Baxendale (17) visited Auschwitz last November and has since created a 30 minute film which she will present to her peers over the coming weeks.

The documentary includes images and footage from Auschwitz concentration and extermination camps I and II. Sophie acts as a narrator throughout the film.

She said: “I’ve always been interested in history and was keen to represent Bolton College as part of the national education trip to Auschwitz.

“We received a talk from Auschwitz survivor Kitty Hart Moxon to prepare us for the trip, but nothing could prepare me for what I saw.

“It was a very emotional expedition and while I was there I decided that I wanted to make a documentary to share with my peers.”

She added: “She has put a lot of time and effort into creating something which will help to raise awareness of the atrocities which took place during the Holocaust.”