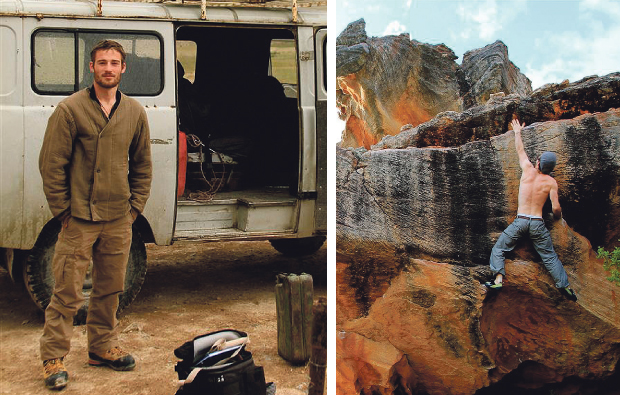 A journey around Central Asia on a horse, a trip through Armenia’s deepest forests and a choppy voyage to the Falklands as a deckhand on a cargo ship.

These are just some of the adventures a journalism student will be embarking on when he graduates from Cornwall College this month.

Jamie Maddison is planning the escapades as the start of his freelance career as journalist, photographer, filmmaker and explorer.

The 23-year-old, who is completing his Fast-track National Council for the Training of Journalists course at the college, said: “After university I began writing for the climbing magazine Climber and this gave me this unquenchable desire to explore lost and forgotten corners of the world.

“The training I received at the college has turned out to be invaluable in my preparation for the trip.

“Having already completed an academic-centred journalism course at Cardiff University – followed by two years of freelance work for Climber – I thought I knew everything there was to know about reporting but I was completely wrong.”

Jamie has already been on a number of expeditions, including mountaineering in Kyrgyzstan’s remote Tian Shan Mountains and spending two weeks in isolation climbing in the South Africa’s Cedeberg Mountains – where he took these stunning pictures.