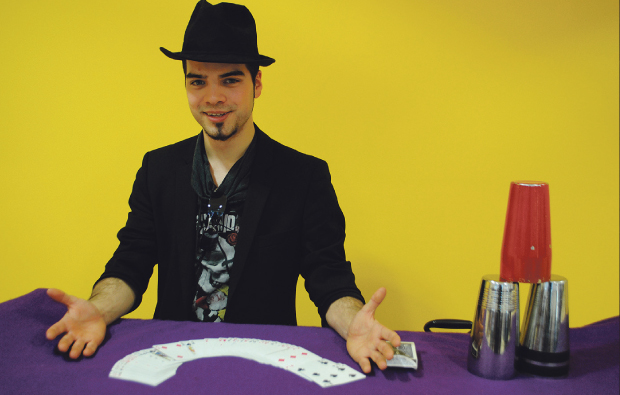 Students and staff at Canterbury College spread the happiness when they led a national campaign to beat Blue Monday.

Led by its very own Blue Man, the college hosted a series of events to combat the effects of what is termed the most depressing day of the year.

There was magic, music, free food, a special chill-out zone and more at the New Dover Road campus on Monday, January 16.

The popular event was run by the college’s award-winning Students’ Union, whose manager Tony Payne said: “The campaign is about changing the perception of a day seen as the most depressing date of the year.