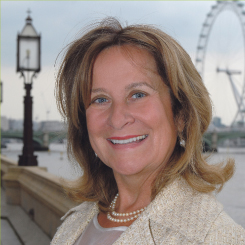 “This is no misery memoir,” says the Labour peer and barrister Helena Kennedy of her upbringing in the south side of Glasgow. Raised in a two-room and kitchen tenement, with her parents, aunt and three sisters, there may have not been much money around, but there was plenty of love.

As part of a large, close-knit Catholic family, there were endless family gatherings and cousins to play with. And in the multicultural south side of Glasgow, home, amongst others, to Italians, Poles and Lithuanians, there was a strong sense of community.

There were two great influences in Kennedy’s life – the Labour Party and the Catholic Church – both of which helped foster a strong sense of responsibility towards others.

She recalls her mother helping women who were married to alcoholics, others who had been beaten by their husbands. “They [my parents] had nothing to put on the table and my mother would go to the cupboard and find something,” she says.

Despite being “working class people” who hadn’t had the opportunities to further their own education, Kennedy’s parents had a high regard for learning. Her father, who she describes as “a wonderful man,” was a newspaper packer and trade unionist who “went to the library every week” and took a keen interest in politics.

Being a teenager in the 1960s (rather than the 1950s as her older sisters had been) made all the difference to the opportunities available to her, she says. While her sisters left school at 15, one to become a typist, the other to join the civil service, Kennedy chose to stay on at school and go to university.

Moving down to London to study Law was exhilarating but hard, she says, and there were many times when she was “on her uppers,” struggling to make ends meet.

Things were particularly tough during her pupilage (the final stage of training to be a barrister) and Kennedy recalls begging her bank manager to lend her some money. “I remember going to the Bank of Scotland but because I was a woman they wouldn’t give me an overdraft.

This was in the 1970s remember, and they didn’t believe I was going to be a barrister.”

An offer of help came from an unlikely source – the father of her boyfriend at the time, a Conservative MP, who said that if she moved to his bank he would guarantee her an overdraft. In the event, having convinced her new bank manager that she had a bright future ahead of her, she didn’t need to accept his offer – but his willingness to help made a lasting impression on her.

Her anxiety about borrowing money is something that is still experienced by working class young people today, she says. And with tuition fees set to rise to up to £9k a year from the autumn, what is still not understood by policy makers is that this fear can be paralysing for young people from working class backgrounds.

The argument that under the new fee regime, loans can be paid back later or over a longer period time might make sense for “people with safety nets, who have parents who own their home,” but for those who don’t, the idea of debt can be “intimidating and frightening,” she says.

Kennedy’s interest in widening participation grew when she was asked be on the National Commission for Education in 1995, where she ended up chairing the debate on further and higher education and became “quite annoyed” about what was going on in FE.

After the incorporation of colleges in 1993, which freed them up from local authority control, lots of colleges became so busy competing with each other, “compensatory education”– offering second chances to those who hadn’t got the best out of their schooling – dropped off the agenda, says Kennedy.

Her influential report Learning Works set out a radical vision to change that, drawing those kinds of learners back into education and breaking the cycle of economic and social exclusion.

It also planted the seed of an idea that would eventually become the educational charity known as the Helena Kennedy Foundation.

The idea for a foundation for young people in the further and higher education sectors came from the influential college principal Ann Limb, who recognised that moving from colleges to university could be a particular challenge for those from disadvantaged backgrounds.

Kennedy’s job was to “tap well-to-do people on the shoulder” and ask them for money, and having started off with just one bursary in 2000, the charity now offers 150 a year.

Kennedy admits she has “learned on the job” with one of the most important lessons being that social capital – that is having access to the right kind of advice and connections – can be just as important as money. “I see it all around me with the children of my friends, as well as my own – we all know people. And children from ordinary backgrounds don’t know anyone.”

But for young people from working class backgrounds, the idea of moving in different circles can in itself be intimidating, she says, recalling her own experiences when she first moved down to London to study law. In her first few months, she had to slow down her strong Scottish accent (which she has retained and says has been an “asset at the bar”) to make herself understood. “They would actually talk over me and go ‘What did she say?’” she recalls, with indignation.

She quickly realised that these young men (and they were, she says pointedly, mostly men) with the ‘ya ya’ public school voices were not as clever as they appeared. “It took me a while to realise that it was all purely cosmetic.

It was all learned confidence and when you got beyond it, they were either less smart than you first thought or less confident. It was a veneer.

“But it was a veneer of polish that gets people a long way, something independent schools can give people.”

So does she agree with the Sutton Trust, a charity that helps to provide educational opportunities for pupils from non-privileged backgrounds, which said recently that the state should help fund places for bright children from poor backgrounds at the best private schools?

Her reaction is cautious. “I think we have to be very careful about taking steps that would actually lead to too high or too early selection and not having really clear opportunities for people to move between systems. One of the problems is – and I’ve seen it with my own three children – is that that people develop at different stages…and you have to have really open and flexible systems of education to make that possible.”

What continues to motivate her in her work as a barrister, broadcaster and campaigner she says, is a belief in social justice, fairness and a vision of a more equal society. Having experienced, first hand, the transformative nature of education, she is passionate about offering that opportunity to others.