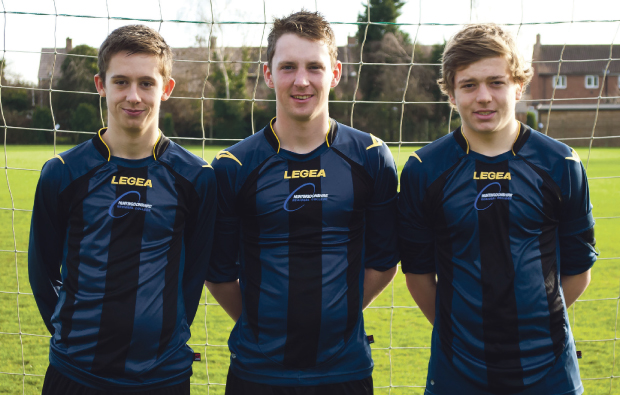 Three students studying Sport and Exercise Sciences at Huntingdonshire Regional College have been selected to play for the England Colleges Football team.

The college is the only one to secure this many places in the squad, which is the national team for college based players.

It is run in partnership by British Colleges Sport and The Football Association, to develop students who are combining full-time studies with playing an elite standard of football.

The successful players, who have secured a place on the 2012 team, are Max Avory, Jordan Nicholson and Jake Walton.

Both Max and Jake successfully played for the 2011 England Team.

Although a small college, it continues to be successful both off and on the field, with the football team not only reigning National Elite Colleges Men’s Football Champions, for the second year, but also National Elite Inter-Collegiate Cup Champions.

Principal Susanne Stent said: “The college is very proud of the continued achievements of our students, and we are aiming to keep our title of national champions for a third year in 2012.”