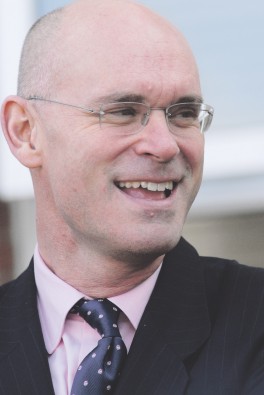 Geoff Russell has announced that he will leave the Skills Funding Agency (SFA) this summer.

Mr Russell (53), who will remain as chief executive at the Agency until the end of July, said his task “is complete” and “it is time to move on” when today revealing his decision to retire from the post he has held since the Agency’s inception in April 2010.

Despite saying he had no firm plans to leave during an interview with FE Week in October 2011, Mr Russell informed the Department for Business, Innovation and Skills (BIS) of his plan in August last year.

His announcement comes just a month after the Agency was stripped of its statutory post holder status by the government.

It also comes on the same day that Simon Waugh, chief executive of the National Apprenticeship Service (NAS), announced he will leave the organisation at the end of March.

Mr Russell said: “I have thoroughly enjoyed the challenge of establishing the Skills Funding Agency and re-shaping it to meet the needs of the further education sector.

“My task was to create an Agency structured and able to perform a new role promoting and funding further education colleges and other training organisations to meet the challenge of equipping England’s economy with the skills it needs to overcome economic challenges.

“I am proud of the critical role that the Skills Funding Agency is playing in establishing the incentives and accountabilities to assist the further education and skills sector to respond creatively, flexibly and dynamically to the demands of employers, learners and communities.

“With my task complete, it is time to move on.”

It will be Mr Russell’s second retirement, having previously retired from KMPG, before being offered the role of chief executive of the Learning and Skills Council from March 2009 until the Agency was set up.

He said: “When I first took up my role as chief executive of the Learning and Skills Council I only intended to do the job for a year, but I have found working with the sector and Agency colleagues very rewarding and have relished the task of establishing the organisation over my three years in post.

“It has also been a pleasure to work under a Minister whose passion is further education and skills. I know I leave the agency in the very capable hands of the Executive Management Team.”

Mr Russell added: “I am looking forward to my second retirement, but I will continue to follow the development of the further education sector with great interest.

“In the meantime, between now and July 2012, I remain fully engaged with the task of pushing forward the changes we have started.”

John Hayes, minister of state for further education and lifelong learning, said the government would build on Mr Russell’s work.

He said: “I would like to thank Geoff Russell for his hard work and strategic leadership over the last three years and wish him well in his retirement.

“Geoff has overseen the creation of the Skills Funding Agency and has shaped it into an organisation that is playing a key role in promoting and funding FE and giving young people and adults the skills they need to find well paid and rewarding employment.

“We look forward to building on Geoff’s work to continue the programme of reform in which the Skills Funding Agency is a key element. ”

However, Gordon Marsden, Labour’s shadow FE, skills and regional growth minister, said the government needs to react quickly to the decisions of both Mr Russell and Mr Waugh.

He said: “The simultaneous and unexpected announcement that the two key people directing the Government’s skills funding and apprenticeships policy are resigning is bound to raise serious questions and concerns in the sector as to the future delivery of BIS’s Apprenticeships, FE and Skills programmes with increased demands on the NAS from Government and stretched staffing with overall Government cuts.

“Ministers will need to respond to such concerns fully and urgently.”