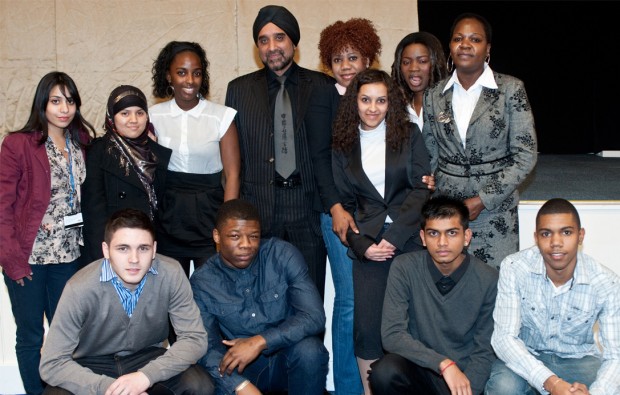 A former Newham student who became a millionaire at 24 has pledged to be an advocate for Newham College’s business initiatives.

Chairman of Bance Group, Dave Bance has become an Enterprise Ambassador for his old college after meeting principal Denise Brown-Sackey and other top managers. He studied at what is now the college’s Stratford Campus and then West Ham College.

After a tour of the East Ham Campus, he told students that he runs offices in Piccadilly, Los Angeles, Dubai, India and Thailand and is boss of 24 businesses.

He said: “The college has a complete infrastructure and in terms of recognition and revenue, it can capitalise on it ten times over on an international level.”

Mrs Brown-Sackey said: “We’re committed to developing UK enterprise in many sectors of industry. Dave’s experience will not just improve that locally but also internationally.

“It’s great to have someone who has achieved so much and who studied somewhere that is now an important part of our college.”