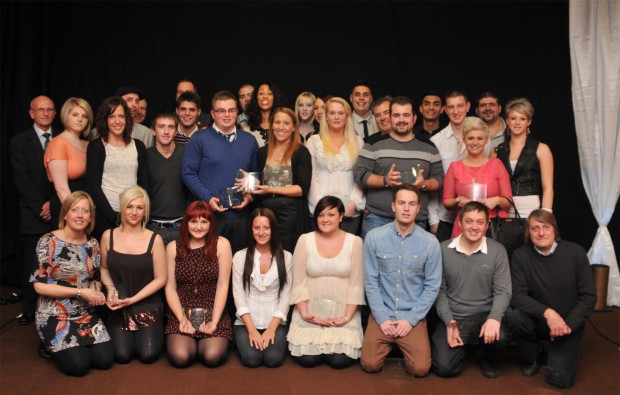 Now in its fourth year, it recognises the achievements of the college’s students, who completed their framework by the end of July and their employers.

Students and their employers received a range of awards on the evening, including Apprentice of the Year and Employer of the Year.

Guest speakers included Claire Young, finalist in series 4 of BBC1’s The Apprentice, Keith Elliott, the college’s principal and former apprentice Rob Stokes, who is now the deputy Editor of the Bristol Evening Post.

Claire Arbery, head of apprenticeships at the college, said: “We are delighted the Apprenticeship Awards are going from strength to strength.

“We recognise the importance of apprenticeships to the economy of Bristol, and this is why we hold an event each year to celebrate achievements of every apprentice we train, and their employers.