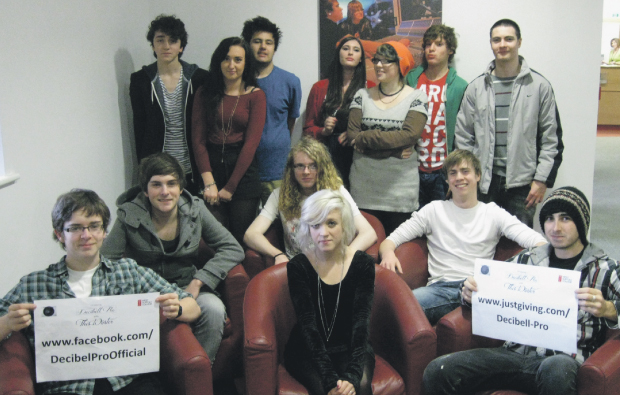 Fifteen students on the second year of an Extended Music Diploma have been involved in writing and producing the single, called This Winter.

It is a classic Christmas single with a feel-good lyric and catchy chorus line, which builds from a simple acoustic beginning to an impressive multi-layered ending.

All of the members of the band wrote their own parts. Chorus and backing vocals were performed by the rest of the Extended Music Diploma Year 2.

The students were given an assignment to create and market a charity Christmas single.

The group decided to support Camille’s Appeal, an Ipswich-based charity for children with brain tumours.

Working under the production name Decibell Pro, every class member was involved in the final product. The single was recorded in the College’s own recording studio.

‘This Winter’ will be distributed online via Facebook, Tumblr and YouTube. It can be downloaded for free and donations made via www.justgiving.com/Decibell-Pro.