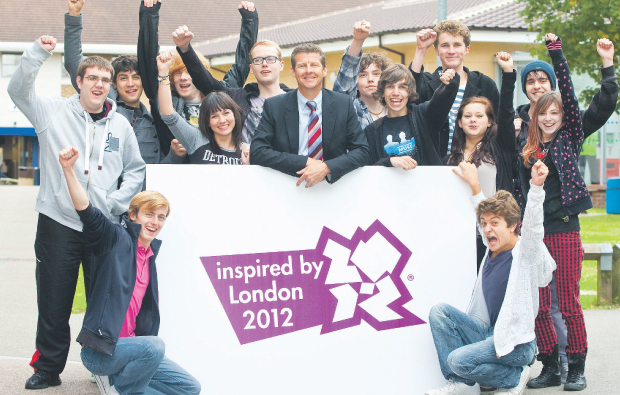 Students are celebrating after their college was awarded a prestigious accolade by the London 2012 Inspire, presented by Olympic silver medalist Steve Cram.

Havering College of Further and Higher Education has been granted the Inspire Mark for its project to stage a unique performance at the London Palladium, having met the values of the Olympics and Paralympics.

The show, titled Inspiration, promises to be a breathtaking spectacular with college students and pupils from east London schools performing in the West End alongside the characters from Sesame Street’s live touring show, Elmo Makes Music.

It is the brainchild of lecturer in music Peter Dayson whose previous musical productions have won international awards.

Mr Dayson said: “To gain Inspire Mark recognition for our project is a very exciting achievement for the college.

“We are extremely proud to be part of the Cultural Olympiad and believe the production will inspire our young people and leave a legacy of ambition beyond 2012.”

Seb Coe, chair of the London Organising Committee of the Olympic and Paralympic Games, said: “Inspiration is encouraging young people to fulfil their potential.

“I am proud that with the help of partners such as Havering College, we are delivering our vision to use the power of the Olympic Games and Paralympic Games to boost participation in the cultural arts.”