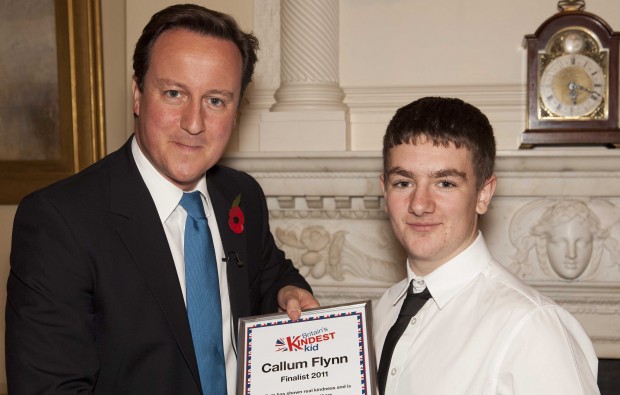 The Myerscough College student topped a public vote in the national TV competition run by the Charities Aid Foundation and 5 News.

Callum (16), from Leigh, in Lancashire, received the news of his win during a surprise presentation at Myerscough College.

He was presented with the Kindest Kid trophy to recognise his achievement and won £1,000 and £1,000 to give to a charity of his choice.

Callum has decided to award the prize money to the Bone Cancer Research Trust (BCRT), the charity he has campaigned for over the past two years. Since beating bone cancer at the age of 14, Callum has raised nearly £15,000 for BCRT.

A talented cricketer from an early age, Callum underwent aggressive knee replacement surgery to remove the bone cancer from his right leg.

Fearing he would not walk again, Callum’s dream of playing cricket at a professional level was all but over. Now, two years on, Callum plays cricket with a titanium knee, and received a historic call up to play for the England Physical Disability Cricket Team.

He said: “I still can’t believe I’ve won. Hopefully by winning this award, it will help raise more awareness of the charity’s work and about this rare form of the disease.”

“I want to thank everyone who took the time to vote for me and for supporting me over the past weeks.”