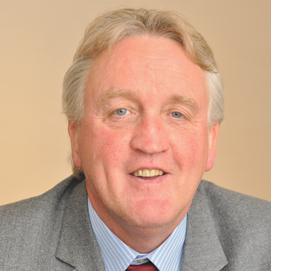 College principals and business leaders have launched an initiative to make the further education sector more entrepreneurial. The Gazelle Group is developing a new curriculum that challenges students to take charge of a college-owned business which operates in their local community.

“We’ve got to create real companies and real businesses on our campuses in order for students to earn real money and operate in a commercial environment,” Fintan Donohue, the principal of North Hertfordshire College told FE Week during Association of Colleges (AoC) Annual Conference last week.

“That’s quite a big, controversial statement. I’m saying a proportion of the students programme will not be teacher led, it’ll actually be exponentially led.”

Students will work on a real-life business relevant to their course and owned by the college, such as a restaurant, hairdressing salon or music production company.

Mr Donohue said: “Our model, if it works over the next five to 10 years, is if you come into an entrepreneurial college a significant proportion of the student output, including what they learn and what they do, will be gained as if they’re genuinely working in business.”

Participating colleges will give learners real cash to invest, and perhaps lose, in their acquired business. Learners will typically operate the company for six months.

Prinicpals involved in the Gazelle initiative include, among others, Graham Morley from South Staffordshire College, Maxine Room from Lewisham College, and Stella Mbubaegbu from Highbury College.

Businesses run by the students will have some restrictions in place to ensure they don’t lose large amounts of college funding, and by definition public money.

“We put proper legal parameters around it, so although they’re operating as if they’re owners, there is a safety net, because they’re dealing with public money,” Mr Donohue said. The Gazelle Group is working with a number of business entrepreneurs such as Peter Jones CBE and Doug Richard from the BBC television show Dragons’ Den, and Ben Ramsden, founder of Pants to Poverty.

Mr Richard said: “I am a firm believer that entrepreneurship can be taught and must be learned, and that’s why I am hugely supportive of this initiative. “We need a new generation of entrepreneurs who will deliver the young, fast-growth, gazelle businesses that create the new jobs, wealth and innovation, and the further education sector plays a critical part in delivering on this.”