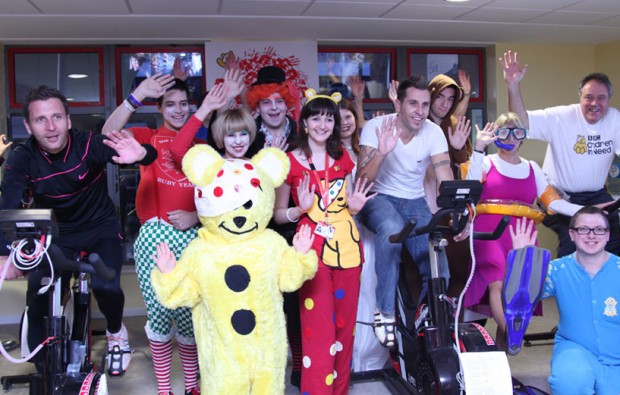 Students helped raise more than £1,800 for a worthy cause with a host of sponsored fun.

The total amount raised is expected to exceed £2,000, with the proceeds from a number of the college’s fundraising events still to be counted.

It has been a fun-filled week right across the college, with a wide range of Pudsey-inspired events being organised to raise money.

Lots of students and staff also dressed up in fancy dress on Friday, including their Sixth Form Centre students who wore pyjamas on ‘dress down’ Friday and Applications Administrator Diane Horrex working in full snorkelling gear, complete with flippers, for the day.