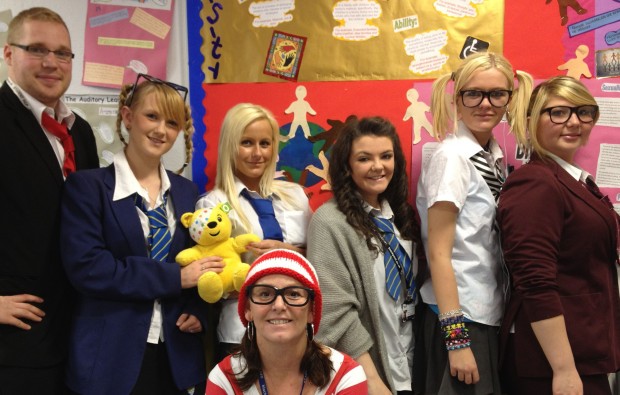 It was a sea of spots as a college showed its support for Pudsey.

Students from Blackpool and The Fylde College wore pyjamas, fancy dress and baked spotty iced buns and curled hair for Children in Need.

Some brave souls even had their legs waxed while tutors became students for the day in school uniform and some dressed up as Where’s Wally.

Altogether it showed they would do anything to raise money for the cause.

Although the money is still being counted, the college raised £1,800 last year and hopes to top that total this time around.