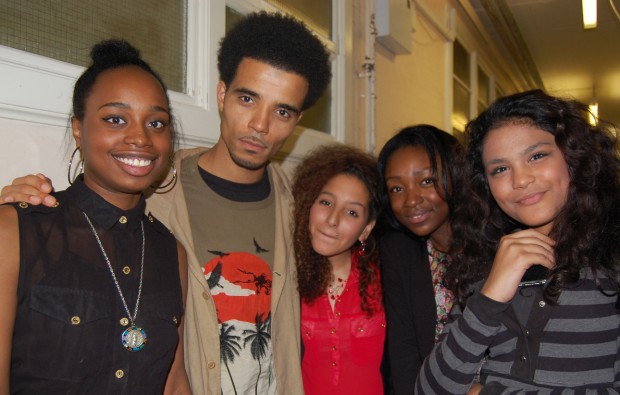 Akala, a MOBO award winner, urged students to “make the most of the new college resources and grab the opportunities it brings” as he officially opened the new facility at Kensington and Chelsea College.

Thanks to a dramatic make-over, the suite will give budding musicians access to spacious recording studios kitted out with industry standard equipment.

Akala thrilled the 100-strong audience as he mingled with them, met music students and spoke about the value of education.

He said: “What the college is providing is an opportunity to nurture talent. Education is everything, and the only thing people can’t take away from you.

“It’s important to put the work in and create music that inspires. Music is a universal language, and through it you have the power to educate and change attitudes.”

The star, who has supported artists including Christina Aguilera and Richard Ashcroft, in addition to touring with Nas and Damian Marley, encouraged students to “learn to play music before intellectualising it”, adding “the theory side of music is good, but one of my biggest regrets is not having learnt to play an instrument when I was younger.”

Guests at the event were also treated to a musical performance from students before enjoying a tour of the new music suite.

Paul Hall, head of music at the college, said: “We have a thriving music department which is committed to giving students the best possible start to their career, whether that’s by investing in new equipment or using our in-house contacts to connect them to the industry.”