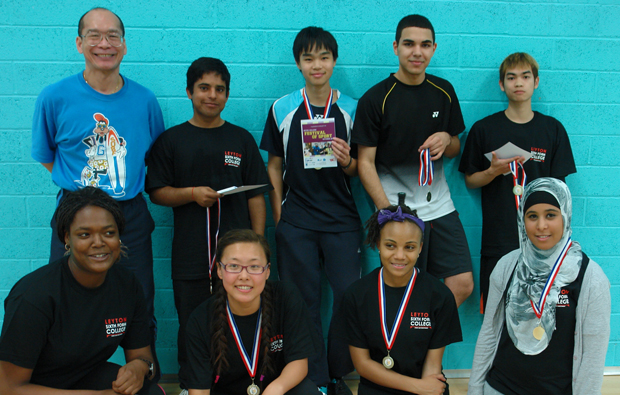 Sporty sixth form college students are celebrating a top performance at a festival.

The Inter College Sports Festival is a sports participation and volunteering initiative where students from each of the nine participating colleges have the opportunity to compete in a series of free sporting competitions.

This year’s Inter College Sports Festival was the biggest since its inception three years ago, with LSC participating for the first time. LSC hosted activities on day 4, where participants from six colleges competed in a mixed badminton tournament.

Amy Rogers, PE and Sports coordinator, said: “Every LSC student represented the college proudly and displayed great sportsmanship, respect, enthusiasm and commitment to their opponents and their chosen sports.”

The Festival has been granted the InspireMark; the badge of the London 2012 Inspire Programme, which recognises innovative and exceptional projects that are directly inspired by the 2012 Olympic and Paralympic Games.