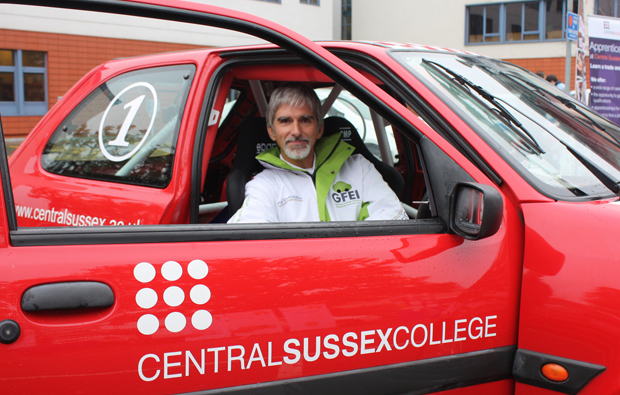 Central Sussex College’s Motorsport team was pleased to show off its modified vehicles at the second RAC Brighton to London Future Car Challenge at the weekend. The cars created plenty of interest from visiting celebrities.

More than 65 eco-friendly vehicles completed the challenge, stopping at Central Sussex College along the way. The event was staged, promoted and judged in three categories – Electric, Hybrid and Internal Combustion Engine – and split into seven vehicle classes.

Within each category, entries were measured in various modes for the energy used during the drive from Madeira Drive, Brighton, to Pall Mall, London. The challenge was to complete the event with the least energy impact.

Formula One designer Gordon Murray was the overall challenge winner, driving his T.27 prototype. He said: “It’s a fantastic showcase for technology and the Royal Automobile Club should be proud of the event.”