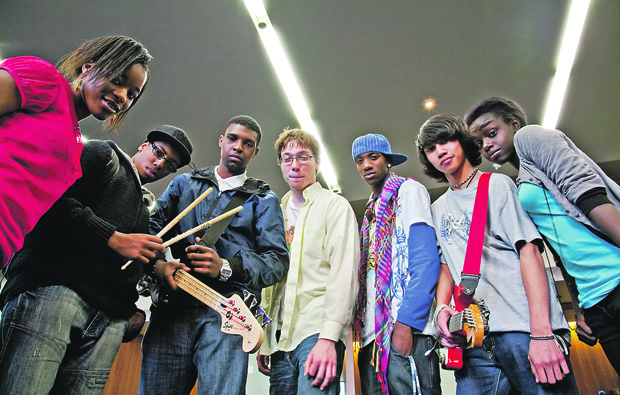 A graduate from South Thames College has hit the big time, touring with the likes of Jessie J and Wretch 32.

Nathaniel Fuller (20) went to South Thames College on an entry level course with no formal qualifications. His tutor described his school days as a “write-off” but during this time he found his calling as a drummer. Music was a natural choice for the young star.

“I was always musical and played the drums at the age of three. When I got a bit older I learnt how to play the drums properly and started to play for my Church each week. Through his talent, Nathaniel has been lucky enough to meet the likes of Tinie Tempah, Example, Yasmin, Ms Dynamite and even Ed Sheeran.

Nathaniel said of the course at South Thames College: “It was a really good starting point and helped along the way and ensured I kept learning. It was also good from a performance angle because I was playing everyday and helped me to make contacts in the industry.”

South Thames College tutor Nick Osbourne said: “Nathaniel had a great attitude towards his work and a good feel towards music. He did very well on his course and progressed due to his great musical abilities. South Thames College has a track record of success with its students and is proud to offer courses which act as a springboard, launching the talent of tomorrow into their chosen industries.