WorldSkills has been and gone, all the hype, the advertising, the supplements, the drum banging… and now the silence is deafening.

Colleges try to whip up support from the media, but it’s short lived, the energy dissipates like the steam from the industry-standard hair straighteners once used to style a winner.

The skills circus has left town, and in its wake Agitator is wondering if anything will change. Vocational qualifications are as low down the education ‘food chain’ as they’ve ever been.

Whose fault is that? The AoC blames teachers and careers advisors and, to add insult to injury we’re losing Connexions, just as they were getting the hang of Diplomas, VRQs and the like.

Lecturers blame parents for not understanding anything but the golden standard of the hallowed A-level.

Colleges blame the plethora of qualifications, programmes and courses on offer, the confusing titles and cacophony of exam boards touting their ‘tickets’. We need constant flag bearers for vocational education.

The Prime Minister was extoling the virtues of apprenticeships at the Tory Conference last week. But he’s not credible when talking up skills. He’s not ‘been there nor done that’ like our own valuable lecturers.

Sure, we’ve been listening to all sorts of leading politicians waving the flag for apprenticeships; they’ve even employed a few to accompany them as they saunter up and down the corridors of power. But it feels too orchestrated, a falsehood that is seen as a crowd pleaser.

To paraphrase the political messages; apprenticeships will save the economy – apprenticeships are the answer… But, how can that be when corporate giants like Asda admit that none of the 25,000 apprenticeships that they’ve been crowing about equate to any new jobs?

Vocational education will only enjoy an elevated position when we get the quality right. Too many organisations are taking short cuts. How can we be delivering Level 2 NVQs in two days and apprenticeships in just six weeks and expect Joe Public to take vocational qualifications seriously?

How can two thirds of apprenticeships delivered in the UK be in retail (which wasn’t even a category at WorldSkills) and expect people up and down the country to think they are competition to A-levels?

The Mail on Sunday last week told its middle England readers how you can follow an apprenticeship that includes removing litter, dog fouling and emptying waste bins.  I’d say it was a joke, but it’s not even funny.

We have got ourselves into a real mess with vocational education, it’s one true standard was the apprenticeship, but we’ve gone an messed that up too by flooding the market with cheap imitations and confusing the punter.

If Rolex or Hermes made apprenticeships they’d have customs officers raiding the SFA (Skills Funding Agency) faster than you can say ‘counterfeit’. And there lies the problem. The one brand that bolstered vocational qualifications has been soiled, and we as a sector have helped publicise its dilution.

How? By every single press release, web site and prospectus put out for ‘Joe Public’ to read headlines like “provider puts 200 students through their Call Centre qualification in record time” or, “Level 1 student is awarded certificate in pouring glass of milk.”

We need to bang the quality drum again and again and again, we need to encourage the self-fulfilling prophecy: if you tell people often enough then they will believe it. But, only if it’s actually true. 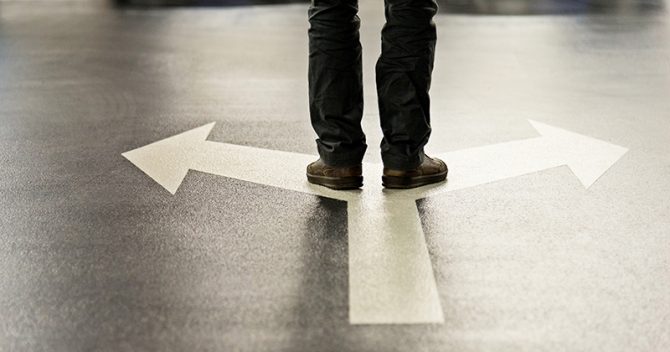